The City is seeking a Wastewater Operator. Applications will be accepted until Wednesday, August 31, 2022. Please visit our employment page for information and applications. 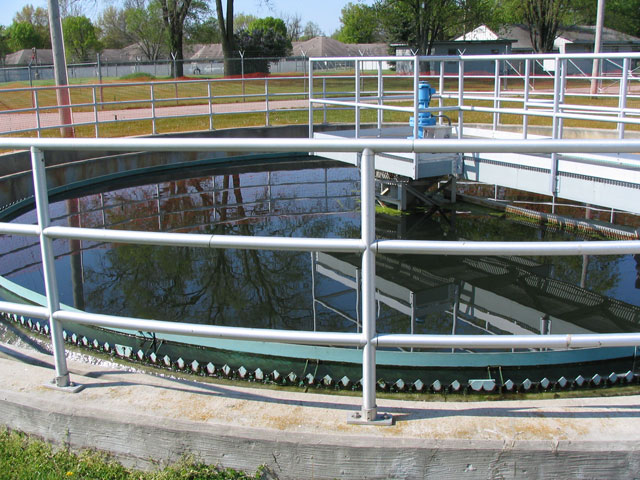 Infrastructure is key for attracting and retaining businesses and industries. Along with roads, and drinking water; wastewater conveyance and treatment completes the trilogy of City provided infrastructure components. In addition, reliable and effective wastewater treatment is vital for protecting the Tippecanoe River and Lake Freeman.

The Wastewater Utility maintains and operates over 36 miles of storm and sanitary sewers, multiple pump stations, and a Class III wastewater treatment plant that is in the process of its third major upgrade since it was originally built in 1950. The treatment plant’s latest upgrade increases its capacity from an average daily flow of 1.1 million gallons per day (MGD) to 1.6 MGD and increases its peak hydraulic capacity from 2.4 to 3.6 MGD. The updated treatment process is a state of the art system consisting of fine screening, grit removal, a modified, activated sludge system capable of enhanced biological phosphorus removal and total-nitrogen reduction in addition to conventional reductions of oxygen demanding substances and ammonia. Resource recovery is a high priority at the utility with an emphasis placed on energy reduction and nutrient reclamation land application of biosolids that are removed from the wastewater, thoroughly processed and tested at the facility, and then used as soil amendments and fertilizer supplementation on local agricultural grounds.

The City of Monticello is one of many Indiana communities that has a Combined Sewer System that overflows during heavy rain and snow melt events. These overflows are known as Combined Sewer Overflows (CSOs) and the City is aggressively working to reduce and eliminate these CSOs thorough its Agreed Order with the Indiana Department of Environmental Management and the continued implementation of its Long Term Control Plan (LTCP). The current upgrade at the treatment plant is Project III of V of the LTCP.